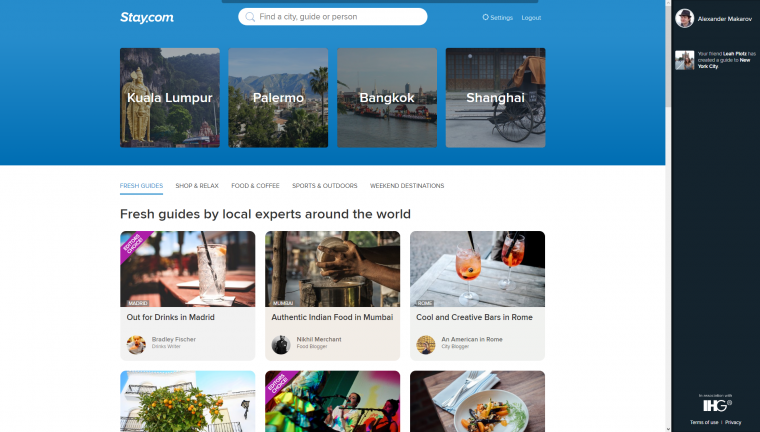 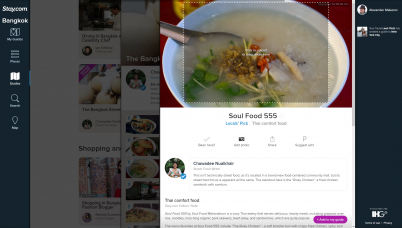 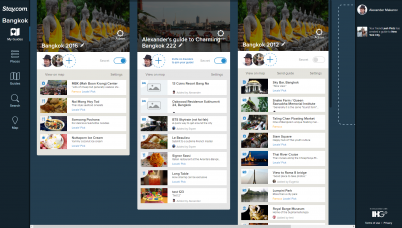 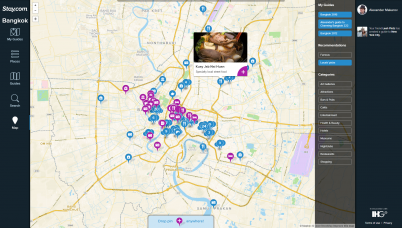 Stay.com was a free service for travelers. Local experts from many cities are providing their lists of best places to visit, you pick places from their guides, put together your own lists, offline everything in a handy Android or iOS app and enjoy the place prepared navigating with a map which has all your points of interest.

Project got more than half a million users from all over the world. It was mentioned in New York Times, Forbes, TIME Magazine and Techcrunch. Apps were featured in Google Play and Apple App Store.

Technology stack was regular. On the server side it was:

On the client it was custom-coded jQuery based UI. TypeScript and LESS are used for it.

Everything time consuming was processed in background, UI inteacted with backend via async calls. API was used by mobile apps as well.

Currently the project is closed because of business reasons.